Luciano Berruti is an institution. The testimonial living of Eroica race, a person that can climb up Izoard pass with a fixed gear bike dated 1909 with a ratio of 44-23 and with only a brake pad on the front tire. Steel legs for the climb and nerves for the descent. 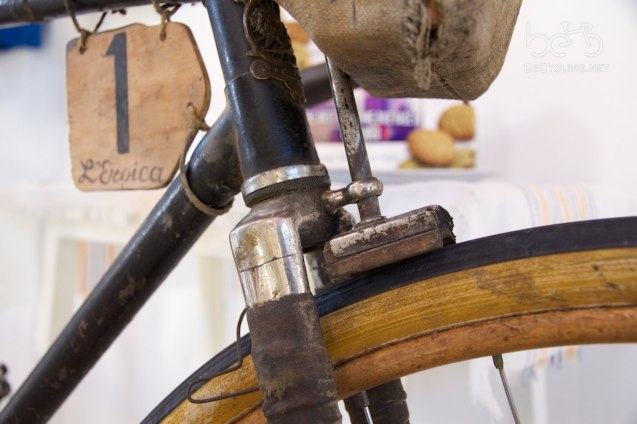 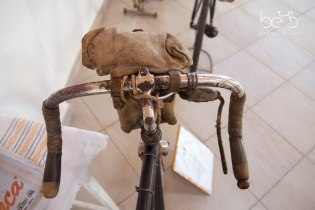 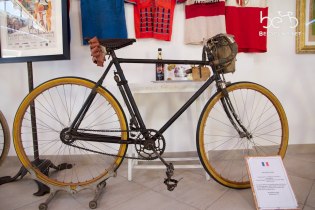 He turned his experiences into a museum (located in Cosseria in the province of Savona), a collection of rare and fully functional bicycles. His philosophy is the restoration, that’s why some bikes have damaged paint damaged or rusted parts. The charm, however, is perfectly intact, every single scratch on the frame is part of the bicycle story and mechanical parts wear indicates the mileage ridden by the owner.

We were lucky enough to visit the museum on a Sunday morning, accidentally we bumped into the museum sign. Luciano’s wife and son welcomed us, he instead joined us just before lunch, after completing a few tame bike uphill in the surroundings. 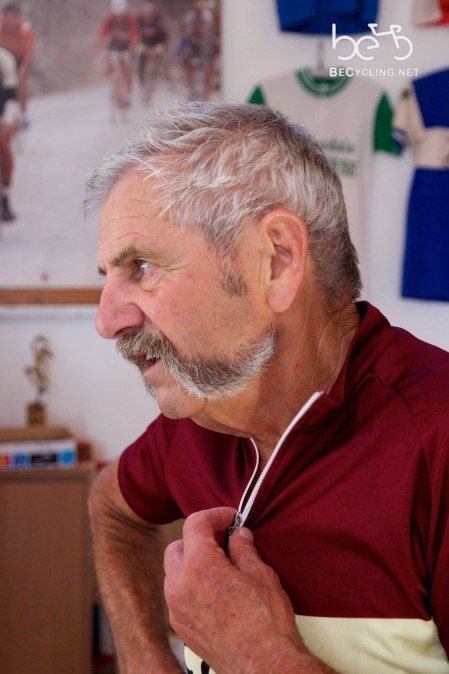 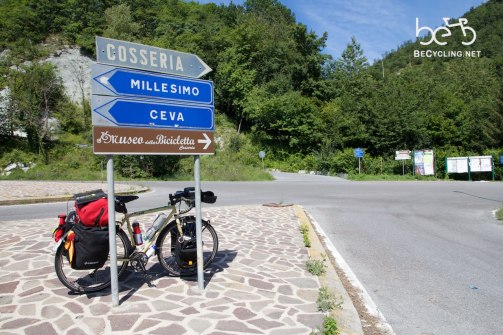 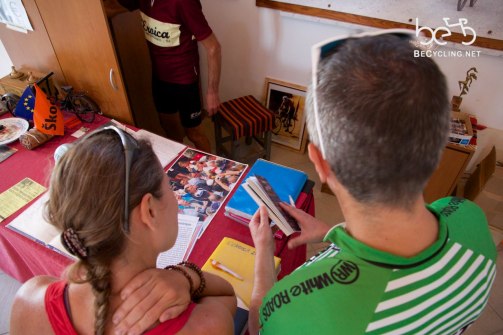 There are so many bikes to admire, princess Sissi exercising bicycle, the first wood mountain bike commonly used by shepherds in the 19th century to accelerate the descent from the mountains, the bicycles of the early twentieth century, and a long series of prototypes and experiments in search of the most efficient and easy to ride bicycle. For bicycles addicted and technician it is easy to go crazy in such place. 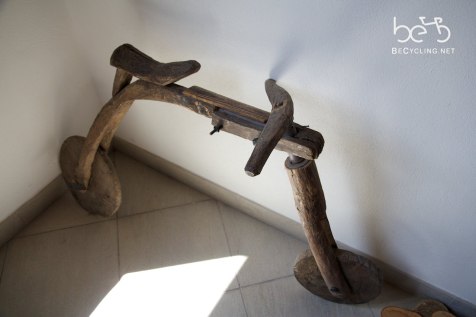 The first Down Hill Mountain Bike! 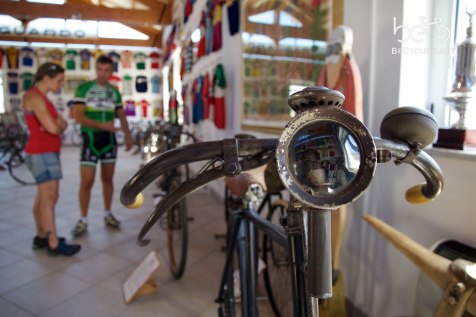 Have you ever wondered why all bicycles have the chain on the right side? Well, there’s no particular reason, as a matter of fact there are some prototypes of left chained bicycles that work as well as right chained ones. This bicycles are very rare, but in the Museum of Cosseria there is one. Then there’s the bike with shaft drive, clean and maintenance-free, but with a short and limited life due to the wear of the system. The thing that most caught my attention, however, was a bicycle with a double pinion and a particular chain position. “Let’s see if you understand what is.” The absence of the derailleur suggested a singular system to change gears, but see Luciano cycling easily to use the harder gear, and then pedalling “backwards” to pull the wheel with the biggest pinion to lighten the ride was really curious. An unnatural movement for a simple and ingenious solution. 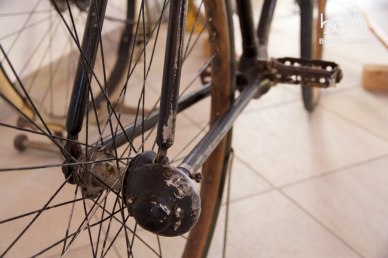 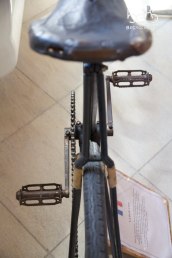 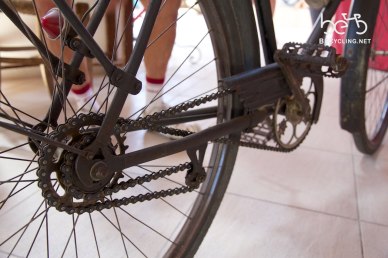 Apart from bicycles Luciano and his family are lovely people, with ​​true and now rare values. In addition to mechanics we talked about politics, money addiction and greed of contemporary society and of the government. Luciano has a genuine and rebellious spirit, he is driven by a strong desire to make Italy shift gear as our country is cycling really too slowly. 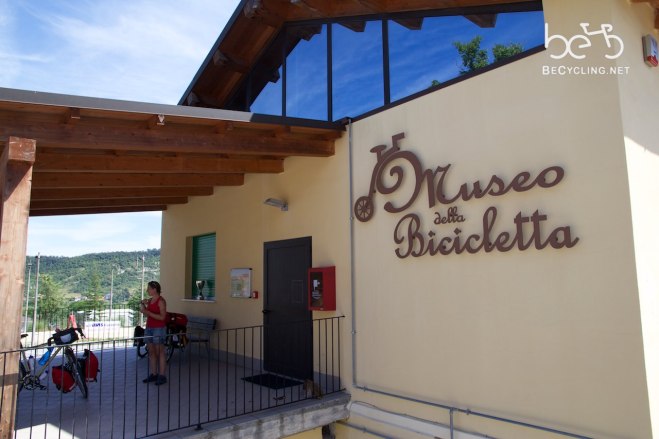 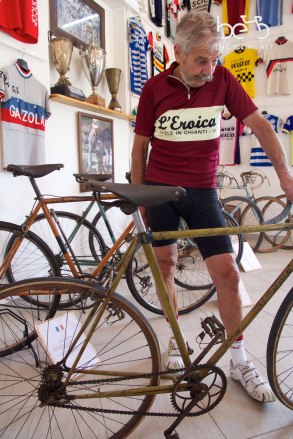 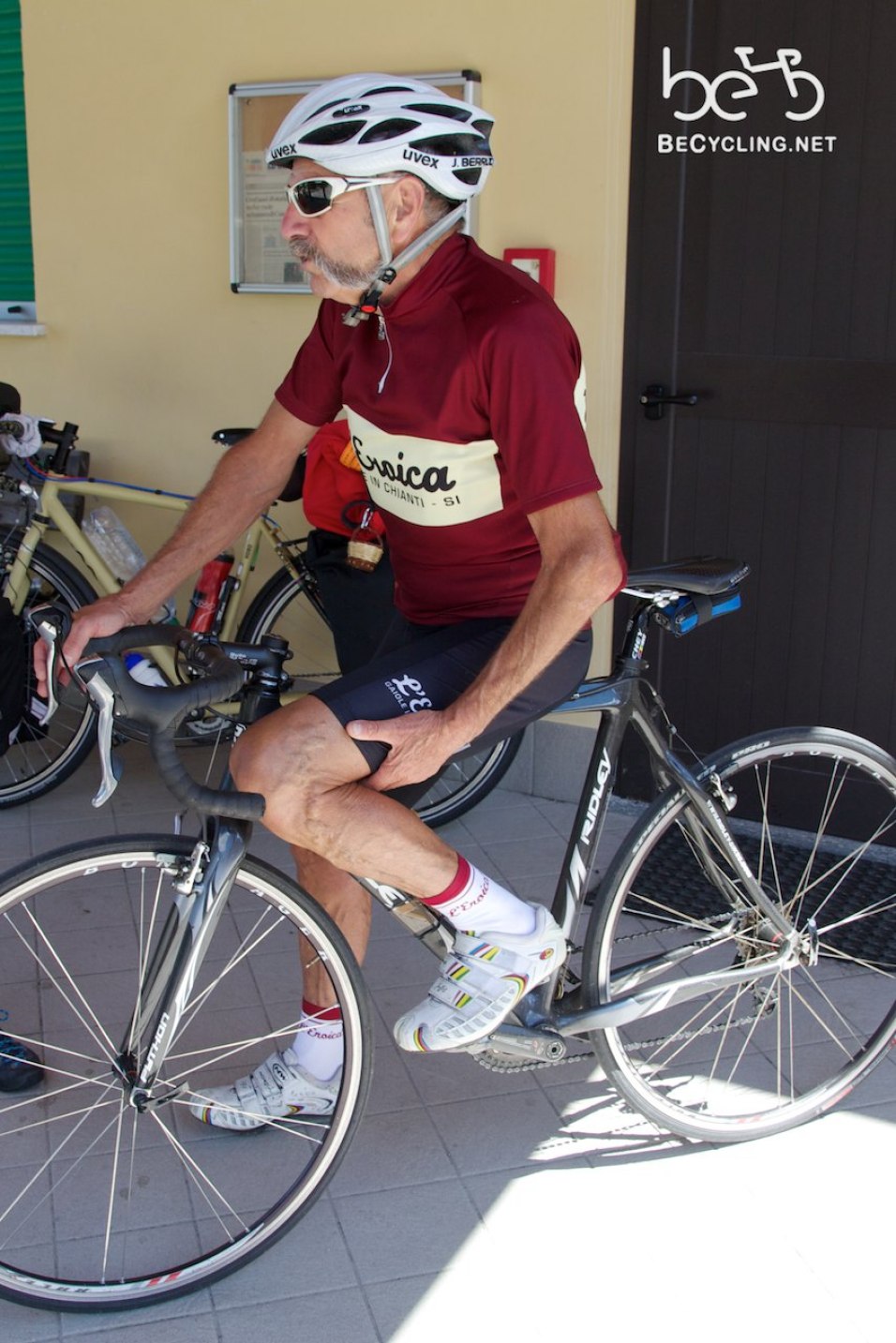 We were really honoured to know him and to visit his museum. Every bicycle addicted should pay it a visit. You will not be disappointed, neither by bicycle nor by Luciano’s myth.