The Ligurian route is all a meeting of old and new friends. The first is in Lavagna, a cozy village on the coast, where we are joined by Luigi and Lorenzo, two dear friends who wanted to go with us for a short part of our trip. On his way back Luigi wrote a beautiful and exciting an article on his blog , in which he was able to capture different aspects of our travel that often we do no manage to transmit.

Then comes Genoa, where we spent only one day but it has been as long as a life time. The meeting with Alessandro and Giovanni known through Facebook, Betta and Luca owners of Ostellin Genoa who decided to host us as soon as they discovered our project, Stefania of Y.E.A.S.T. a volcano fighting for a new mobility in this difficult Ligurian city, and yet Daniele and Claudio, father and son interested in our adventure. We are starting to be increasingly aware that our journey lives with us and beyond us. 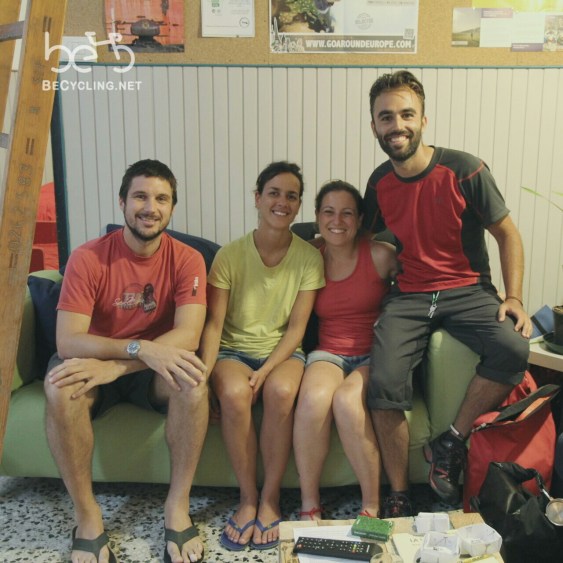 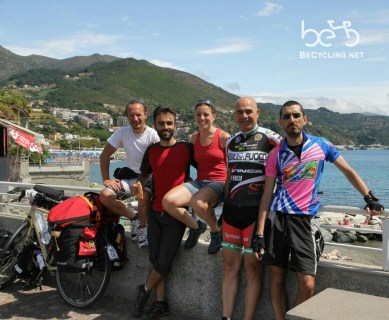 Thanks to Claudio we will have a good memory of Voltri’s “focaccia”. 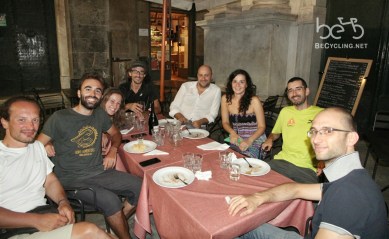 A joyful dinner in Genoa with a lot of good friends.

In Varazze Luigi and Lorenzo took the train, unfortunately your time was already over, and we are alone again. So slowly in Savona we start our long ascent to the Alps, where the famous Col de La Bonette (the highest pass in Europe) is waiting for us. While talking to Claudio, we find out that real first obstacle is Colle della Lombarda, a pass we have to ascent to enter France and reach Isola, a small village, from which we will finally “attack” our first pass. Influenced by the stories of this fearsome climb, in the days that follow we continuously compare each ascent to Lombarda ascent. “So, what do you think about this climb? Only 100 meter with 7%, just consider that Lombarda are going to be 8 km at 7%! Will we make it with all this weight?” 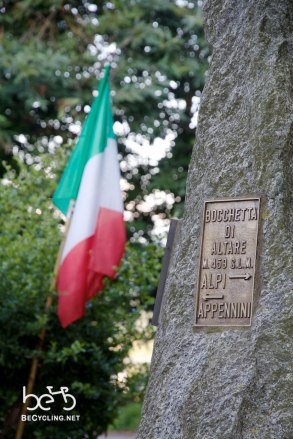 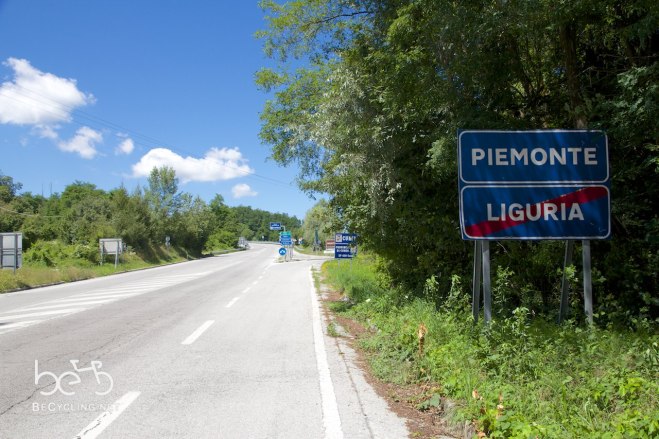 We reach Vinadio that we are already tired, since we left the sea at Savona it has been a long ascent up to this point and still we are not totally fit. Our legs clearly need a rest. So we decided to stop for a day in a very cheap camping in even if the weather is splendid. We need to charge our batteries, we need physical and mental energy to face the first of the many passes we are going to ascent in the Alps.